Giannicola Loriga received his Master Degree in Electronic Engineering from the University of Pisa. He has more than 19 years’ experience in the coordination of EU funded projects. He started his career at Smartex s.r.l. and he joined D’Appolonia in 2009, where until 2015, he has been responsible for the Industrial Technology Area which provided qualified consulting services oriented to support enterprise associations, public and business entities, research centres and industries in the exploitation and protection of their assets. Then he was appointed as Head of the Corporate R&D Project coordination Unit. At present, he coordinates the H2020 SMILE and H2020 E-LOBSTER projects. In RINA Consulting (formerly D’Appolonia), he is currently the Head of Corporate R&D Networking & Development Strategy.

Dr. Sarah Bee is a product development specialist with over 20 years’ experience of building and leading public, private and academic sector partnerships in the UK and internationally. Programme areas include high-end manufacturing, energy, intelligent mobility and EDF Group’s sponsorship activities during the London 2012 Olympic and Paralympic Games. Sarah is Trakm8’s Projects Director and is responsible for a portfolio of Innovate UK, DfT and EU Horizon 2020 collaborative R&D projects in tandem with bespoke Trakm8 commercial customer projects. She has a PhD in Radiation Physics from University College London and an MBA from the Open University.

Will Howell has been involved in the Renewable Energy industry for 15 years, focussing on the rapid growth of high tech start-ups from prototype stage through to full scale production. Initially involved with micro wind turbine electricity generation with Renewable Devices Swift Turbines, he then moved into thermal energy storage with Sunamp. Will joined as one of the first members of staff and is now responsible for the procurement and planning activities to support the production of their Heat Battery products, both nationally and internationally as they continue to expand.

Lucas Pereira received his Ph.D. in Computer Science from the University of Madeira, Portugal, in 2016. Lucas's research lies in the intersections between Data Science, Machine-Learning, and Human-Computer Interaction. He works towards bridging the gap between laboratory and real-world applicability of ICT for sustainable development (ICT4SD), with a significant focus on smart-grids and built environments. His work typically involves the deployment and evaluation of monitoring technologies and software systems. Since 2015, Lucas is the Data Science lead of Prsma.com, a spin-off he helped co-found in the same year to accelerate the transfer of ICT4SD technologies to the market. Feel free to visit his website for additional information.

Peter grew up in Orkney, where renewables were introduced as a norm from an early age. Peter followed the subjects in maths, science and engineering through education. He studied at Heriot-Watt University in Edinburgh before returning to study at the International Centre for Island Technologies in Orkney. Peter has worked in the local energy sector for the last 6 years, where his worked has primarily focused on low carbon transitional technologies, such as electric vehicles, hydrogen, wave and tidal technologies and air source heat pumps. Peter’s principle focus is moving Orkney to a net zero target, but with an international perspective.

Sabrina holds a Ph.D. in Design from the Polytechnic University of Milan. She worked as a postdoctoral researcher at the Interactive Technologies Institute (ITI), and she is currently a researcher at ACIF-CCIM and an integrated member of ITI/LARSyS. Her expertise resides at the intersection of interaction design and sustainable HCI. Distributed energy infrastructure and blockchain technologies are also part of her research interests. Sabrina has been working on the SMILE project since 2017. Her main contribution to the project relates to design and evaluation of energy management systems (front-end) and assessment of market acceptance and replicability of the solutions tested in Madeira.

Jan Jantzen (MSc, PhD) works with renewable energy and climate at the Samso Energy Academy, Denmark. The island of Samso became Denmark’s renewable energy island in 2007. Jan Jantzen is also adjunct professor at the University of the Aegean, Chios island, Greece, where he teaches computational decision-making using examples from Samso.

Dr. Mauger has close to 10 years of experience in the energy sector. He worked for more than three years as a wind farm developer in France. In 2017, he earned his PhD in law from the University of Montpellier on the topic of the energy transition legal framework in France. The same year, he started his post-doctoral research for the H2020 SMILE project to assess the existing legal framework in place in the EU and in some of its Member-States regarding smart-grids (encompassing themes such as electricity storage, electricity/heat combination and microgrids) and to propose improvements.

Petros Markopoulos Dipl. Electrical Engineer (NTUA 2015) with MSc studies in Environment and Development (NTUA 2018) gained significant experience around the regulatory framework of the Greek Non – Interconnected islands during his two year presence in the islands’ management department of HEDNO, the Greek DSOIn 2018 he was appointed in HEDNO as special advisor to the CEO in issues related to distributed generation, energy management and environmental policy. Currently, as an energy expert in DAFNI, he contributes to projects’ management related to the integration of renewable energy sources and other innovative technologies in the electrical grids of islands (Kythnos Smart Island, INSULAE, SMILE, MUSICA). Further to that, he supports islands clean energy transition, in cooperation with the Clean Energy for EU Islands Initiative and NESOI European Islands Facility and energy communities setting, through project ECOISM.

Hannah was born on the German island Föhr and studied in both Hamburg and then Aalborg, where she joined the sustainable energy planning research group and the smart island energy systems (SMILE) project in 2017. With her PhD titled Modelling Renewable Energy Islands, she points out the role and benefits of islands in the energy transition. Within her current PostDoc researcher position, she wants to elaborate on the significance of islands, the potentials on islands, as well as across countries and borders.

Bendt holds a MSc. in Applied Economics and Finance from CBS in Copenhagen. He has worked professionally within the e-mobility and renewable energy industry for the past 14 years. Main areas of expertise at Lithium Balance/XOLTA are Sales, Business Development and Project Management. Bendt has been following the SMILE project since April 2019 actively promoting the Samsø installation to stakeholders and using the project experience to develop commercially viable solutions for future energy storage products.

Andrea Martinez has over 25 years of experience in the infrastructure and local development market space. He is actively involved in the deployment of several technical assistance EIB ELENA schemes, ESIF financing platforms, Horizon 2020 projects aimed at accelerating the energy transition process. He is Deputy Managing Director at Sinloc - Sistema Iniziative Locali SpA, an investment and advisory company, participated by ten leading Italian Banking Foundations. Since 2011 he is Key Account and Investment Team Manager of JESSICA Urban Development Funds in Sicily, Sardinia and Campania. Since 2014 he is member of the Steering Committee of Green Building Council Italy and has been board member of several special purpose vehicles involved in energy and urban regeneration. He is the Project Coordinator of the H2020 project “EU Islands Facility NESOI” /started in October 2019) and “HESTIA Holistic dEmand response Services for European residenTIAl communities” (started in November 2020) .

Simon De Clercq is an electrical engineer and economist with experience in energy transition projects for private and public actors in Europe and Africa. He joined the Clean energy for EU islands secretariat in 2018 as technical expert, and played a central role in setting up the technical assistance to the islands. Since early 2021 he has been coordinating the secretariat’s overall activities. Simon is a consultant in the Strategy & Policy team at 3E, a Brussels-based renewable energy technology company, helping customers to align their actions with 10-year developments in renewable energy.

Registration
Closed since 8 July 2021
Organised by 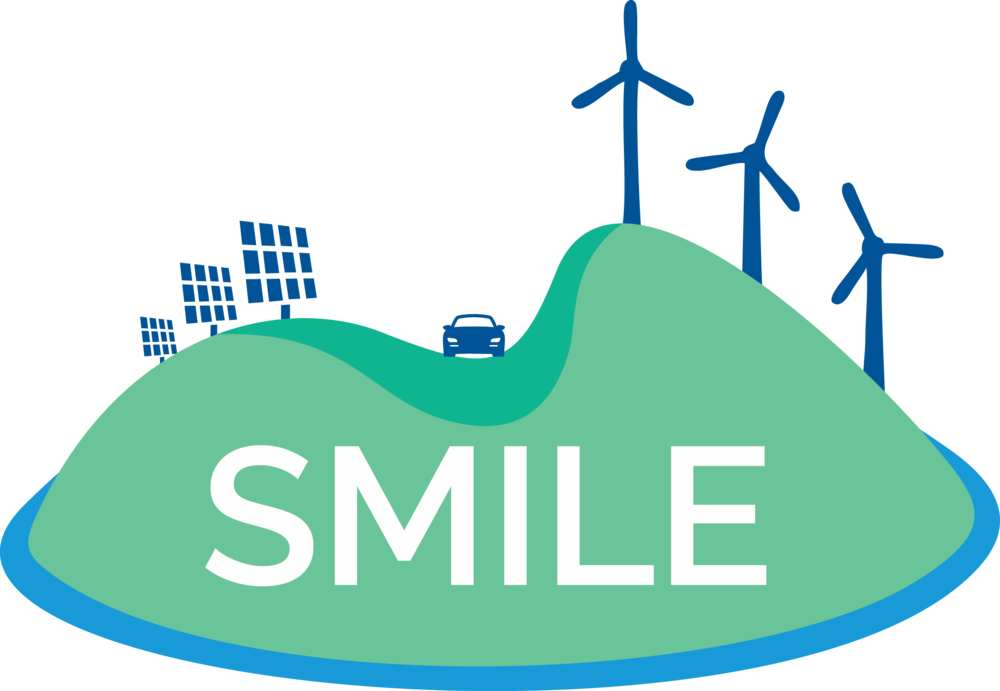 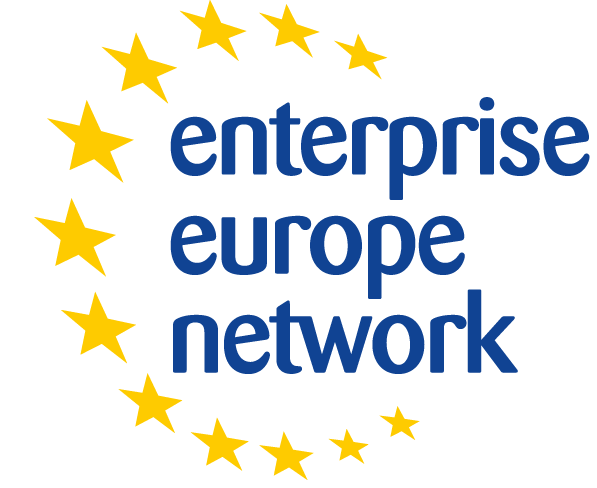 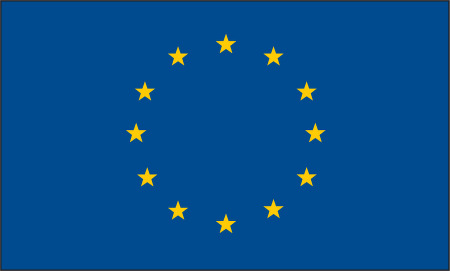 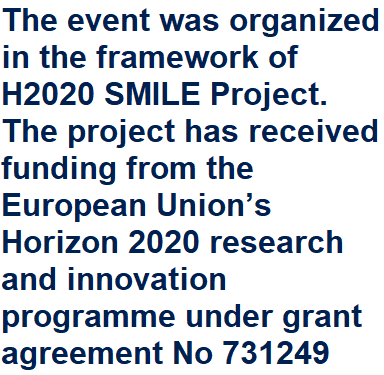